“Global sales of enterprise software maintain steady annual growth and are expected to reach $421 billion by the end of the year” – Gartner.

Meanwhile, organizations increasingly turn to open source solutions, including in the areas that have historically been associated with commercial software. According to the survey which queried 950 IT leaders worldwide, 68% of responders reported the increased use of open-source software at their companies over the last year. And 59% expect to do so in a span of the next 12 months.

Let’s weigh the open-source and commercial software advantages (+) and disadvantages (-) to see which option suits your business the best.

What is commercial software?

As an example, just take a look at the best software solutions ranked by G2 Crowd Awards:

Some of the advantages of using commercial software for business purposes include:

Of course, there are some potential drawbacks of commercial software as well. Those potential pitfalls include:

What is open-source software?

Open-source software refers to that anyone can view the application source code. There are well over half a hundred approved open source licenses, ranging from permissive licensing that allows you to do just about anything to those with more strict enforcement on how the software will be used.

The focus of the article is open source applications that fall under the former, free open-source software.

Some of the top open-source software projects that hit it big recently are:

The Rise Of Open-Source Software | CNBC 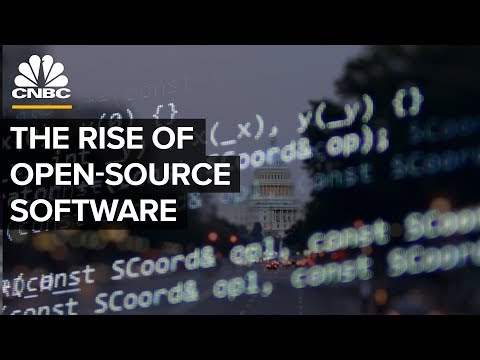 This video was published by CNBC (2M+ subscribers).

“Open-source software powers nearly all the world’s major companies. This software is freely available, and is developed collaboratively, maintained by a broad network that includes everyone from unpaid volunteers to employees at competing tech companies. Here’s how giving away software for free has proven to be a viable business model.”

Some of the advantages of using open-source software include:

Some of the potential drawbacks of free software include:

While being free and customizable, open-source business software comes with hidden costs relating to maintenance, training staff, and security risks.

Regardless of the licensing type, most good practices involve professional developers who can set up and fine-tune the environment tailored to specific business needs. If you need professional advice, don’t hesitate to contact our experts.

Back in 2013, I founded Echo with the simple business idea: "Connect great tech companies around the globe with the brightest software engineers in Eastern Europe." We've employed hundreds of talents so far and keep going.

With the many advantages of the open source software, I still prefer a commercial license due to the full rights of ownership most of them grants and other great benefit that comes with it such as the free support, updates, bug fixes and revised documentation as new product versions are released.
But I do advice to always opt in for the free stuff when not sure of its functionality/usage and upgrade once it turns out to be of immense value to you

0
Reply
Read Also
Biz
November 26, 2019
Busted: 17 Myths and Misconceptions in IT Outsourcing
Biz
November 12, 2019
What is Offshore Software Development
Biz
October 29, 2019
Challenges of IT Outsourcing: Typical Problems and Their Solutions
Ready to hire a remote dev team? Let's talk
wpDiscuz
📢 New customers from Clutch.co receive 10% off on our services. Just get in touch before February 28th, 2023.